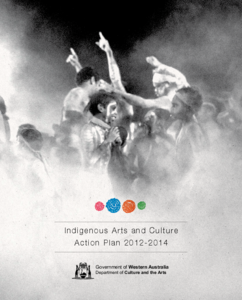 The findings of these reports, contributions from numerous Indigenous artists and arts organisations, and outcomes of the initiatives above have identified future directions and models for support, which the Department will continue to progress through its revised policy framework ‘Creating Value: An Arts and Culture Policy Framework 2010-2014’ and through the ‘Indigenous Arts and Culture Action Plan 2012-2014’.